C-stand is primarily used to position light modifiers, such as silks, nets, or flags, in front of light sources. The stand is constructed of metal and consists of a collapsible base, two riser columns, and a baby pin on top. In addition, a C-stand includes a gobo head and a gobo arm, which provide the ability to articulate a light modifier without moving the stand itself. The legs of C stands are designed to be nested, so many stands can be placed around a light source. 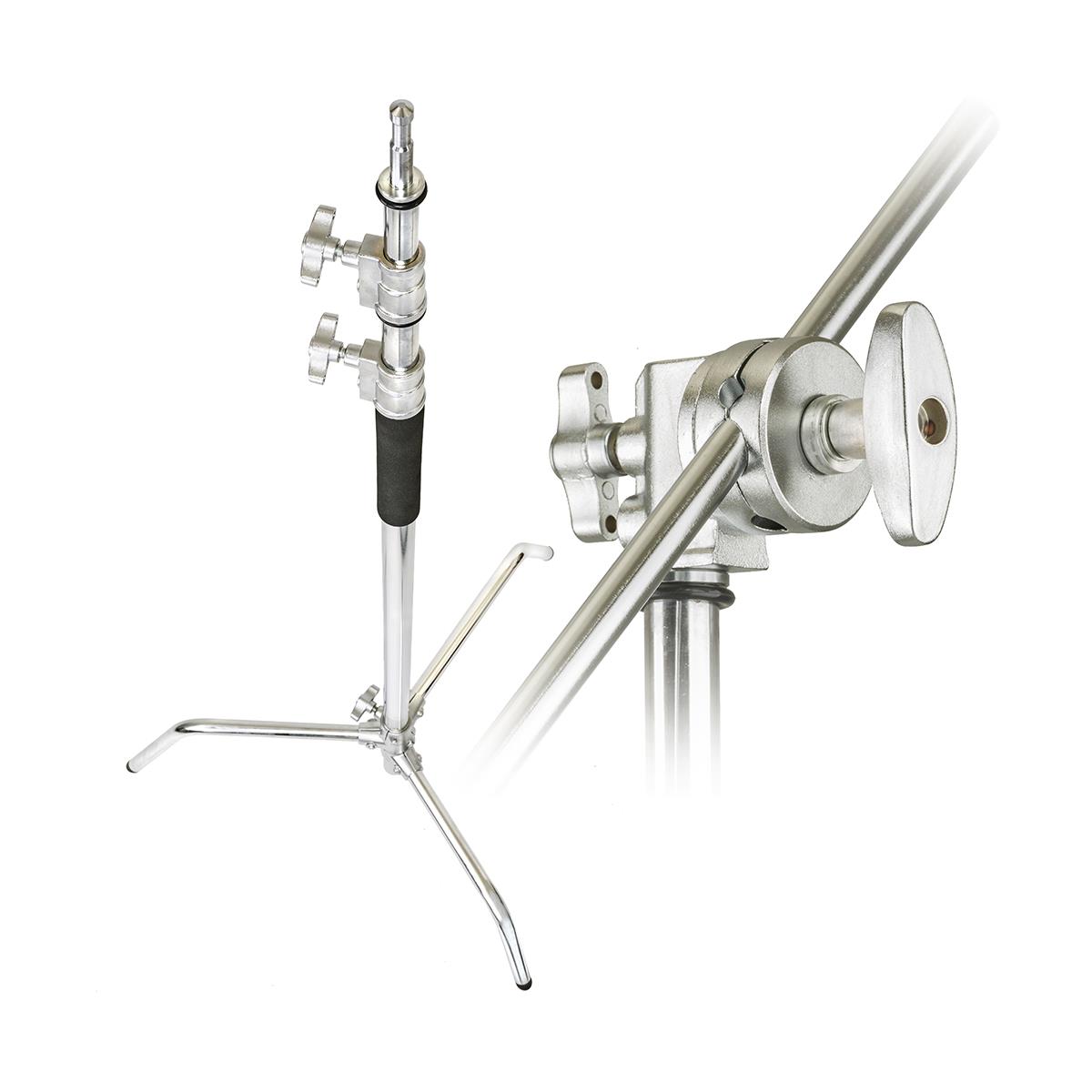 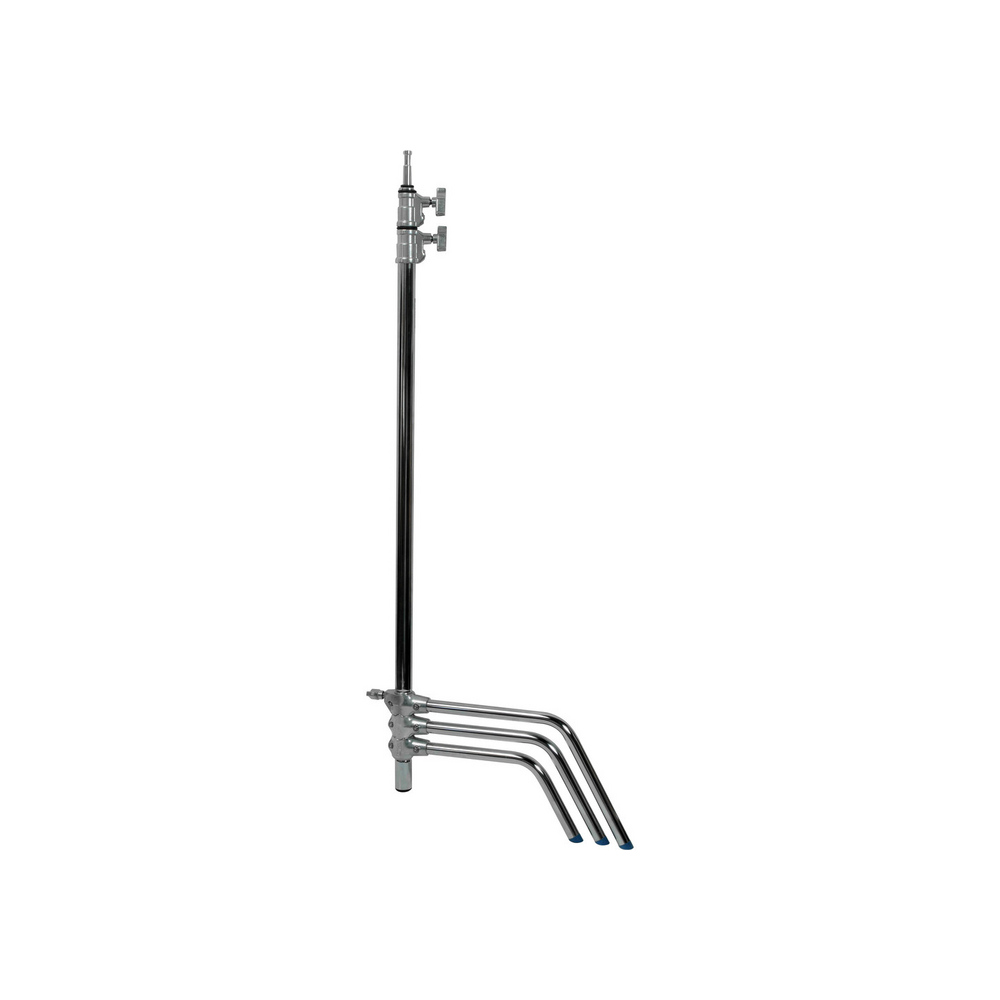 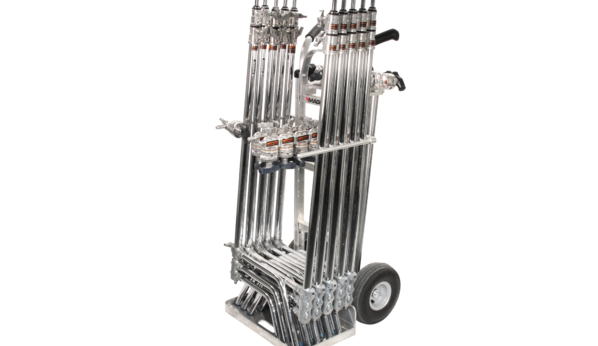 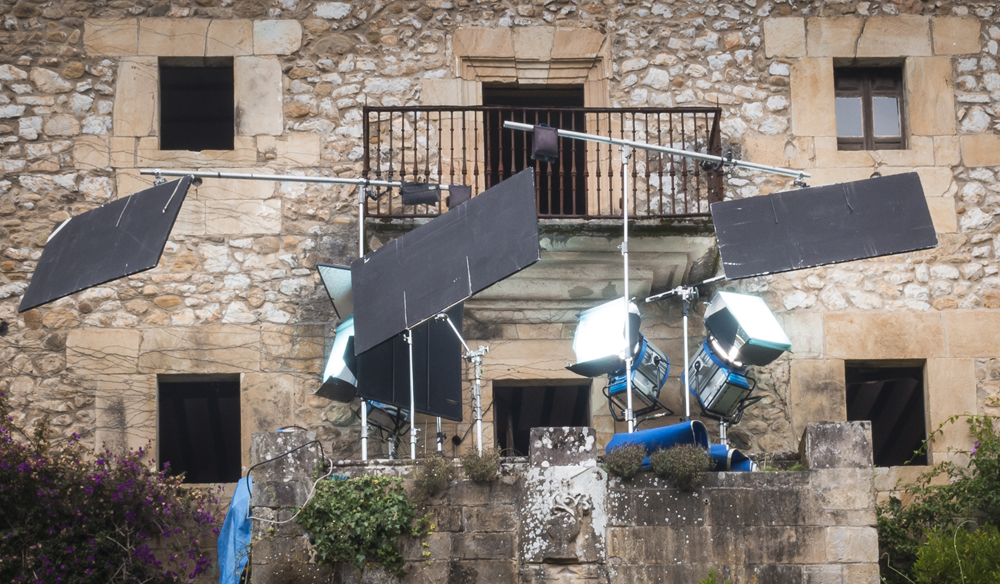